Postponing all programs through June 15th was a difficult decision for us here at FDRD, and one we wish we did not have to make. However, we are still adapting and making the best of a tough situation! Providing free, educational programming for the public is an important part of our mission, and it is our sincere hope that you’ll continue to learn with us this June, virtually. 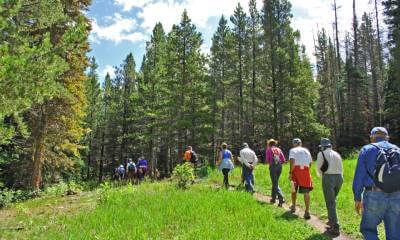 Some of our educational hike leaders have graciously agreed to lead online webinars in place of their postponed educational hikes. We will be broadcasting a weekly, educational webinar series through Facebook Live. Don’t have Facebook or are you busy when the webinar is happening? Don’t worry, we will be recording all the webinars and posting them to our YouTube channel for all to view.

Thursday, May 28th from 4pm-5pm MST – The First 1.5 Billion Years of Geological History in Summit County

In this webinar Joe Newhart will discuss the geological history of the Summit County area. Participants in the webinar can, at their leisure, travel to localities within Summit County to view the rocks that are discussed. 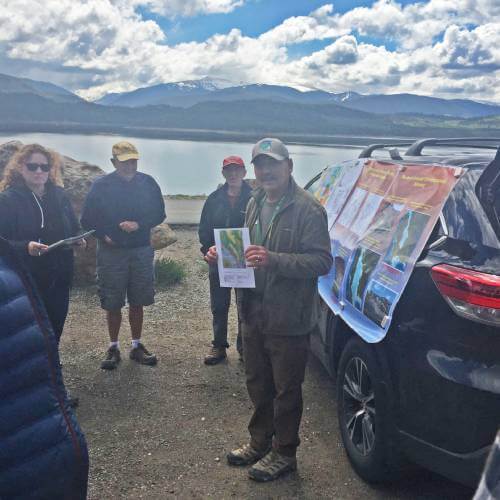 The Proterozoic Eon (2500 – 540 million years ago) in Summit County is represented primarily by rocks of the Ten Mile, Gore and top of the Williams Fork Range. These rocks are metamorphic and igneous rocks, mainly gneisses and granites that were emplaced between 1750 and 1700 million years ago. One of the best places to view these rocks is in the Ten Mile Canyon at Officers Gulch.  A series of granites were emplaced around 1400 million years ago in the area of the Eisenhower Tunnel and Tenderfoot Mountain. Other events include the story of the formation of an ancient supercontinent, Rodinia, and a cold spell in Earth’s history called Snowball Earth. The breakup of the Rodinia supercontinent around 750 – 700 million years ago set up the western continental margin of North America. Rocks deposited during the break-up are not present in Summit County, but can be seen in the Uinta Mountains of NW Colorado and Eastern Utah.

The Paleozoic Era (540 – 250 million years ago) in Summit and nearby Eagle County is represented by sedimentary rocks, mainly limestones, sandstones and shales deposited on the western margin of North America. The Early to Middle Paleozoic Rocks are not exposed in Summit County, however, there are excellent exposures of these rocks in the Eagle River Canyon between Minturn and Red Cliff along U.S. Highway 24. The Upper Paleozoic rocks in Summit and Eagle Counties are represented by the sandstones of the Minturn and Maroon Formations, which were deposited following the Ancestral Rocky Mountains uplifts. There are good exposures of these rocks at Shrine Pass, Copper Mountain and in the Vail area. The end of the Paleozoic Era is marked the formation of another supercontinent, Pangea, and by major extinction event at the end of the Permian Period.

Stay tuned… We plan to hold more webinars this summer to discuss the remaining 250 million years of geological history of Summit County!

Here is Joe’s powerpoint presentation for all those interested: FDRD Webinar – The First 1.5 Billion Years of Summit County 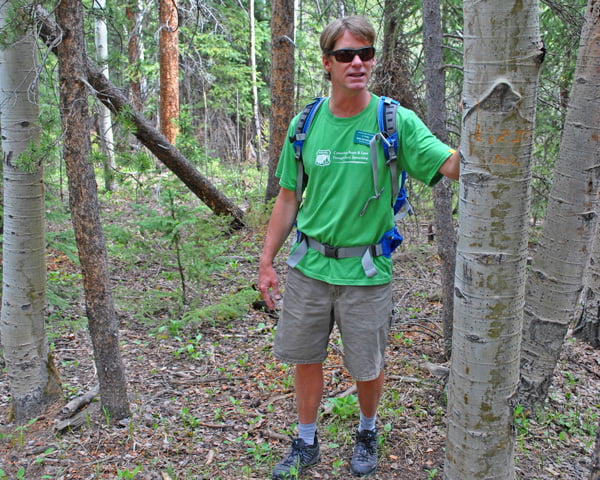 Join CSU Extension’s Summit County Director, Dan Schroder for a talk on Wildfire Prevention: Are Clearcuts the Answer? Dan is a long time FDRD volunteer who has a vast knowledge of the forest in our area. He will be discussing the struggle between the natural phenomenon of wildfires and the growing urban interface. How can we responsibly manage this land? He will also share fun facts and tidbits about the trees and plants that call Summit County home. Bring your inquisitive minds and questions. You’ll learn an enormous amount about what’s actually happening in our forests.