This past month, we had the opportunity to bring volunteers out into the field with the USFS Fisheries Crew to do some fish shocking at North Fork of Swan River. Fish shocking is a technique used to temporarily attract and immobilize fish in an area to monitor and study them. The fish are collected, then measured and weighed. For a period, the fish are disoriented, but then released back into their habitat.

Our goal was to monitor the population of fish in the area. We were hoping to find cutthroat trout during our monitoring process. Cutthroat trout are the only native species of trout in Colorado, with three subspecies. The trout have a distinctive red coloring under their mouth, which makes them stand out.

The cutthroat trout population is threatened by past and present human operations and natural factors. From mining, logging, spread of invasive species to climate change and other natural stressors, the trout have suffered a loss of habitat.

Previously in this area, there was a velocity barrier built. A velocity barrier is used to protect the sensitive cutthroat trout habitat by not letting other species come up stream to this area. The only fish that we found were brook trout, no cutthroat trout, meaning the barrier has not been successful. Data collected will be used in grant proposals for a more effective barrier to keep other fish species out of the North Fork of cutthroat habitat.

No fish were harmed during this process and were released after collecting the data. 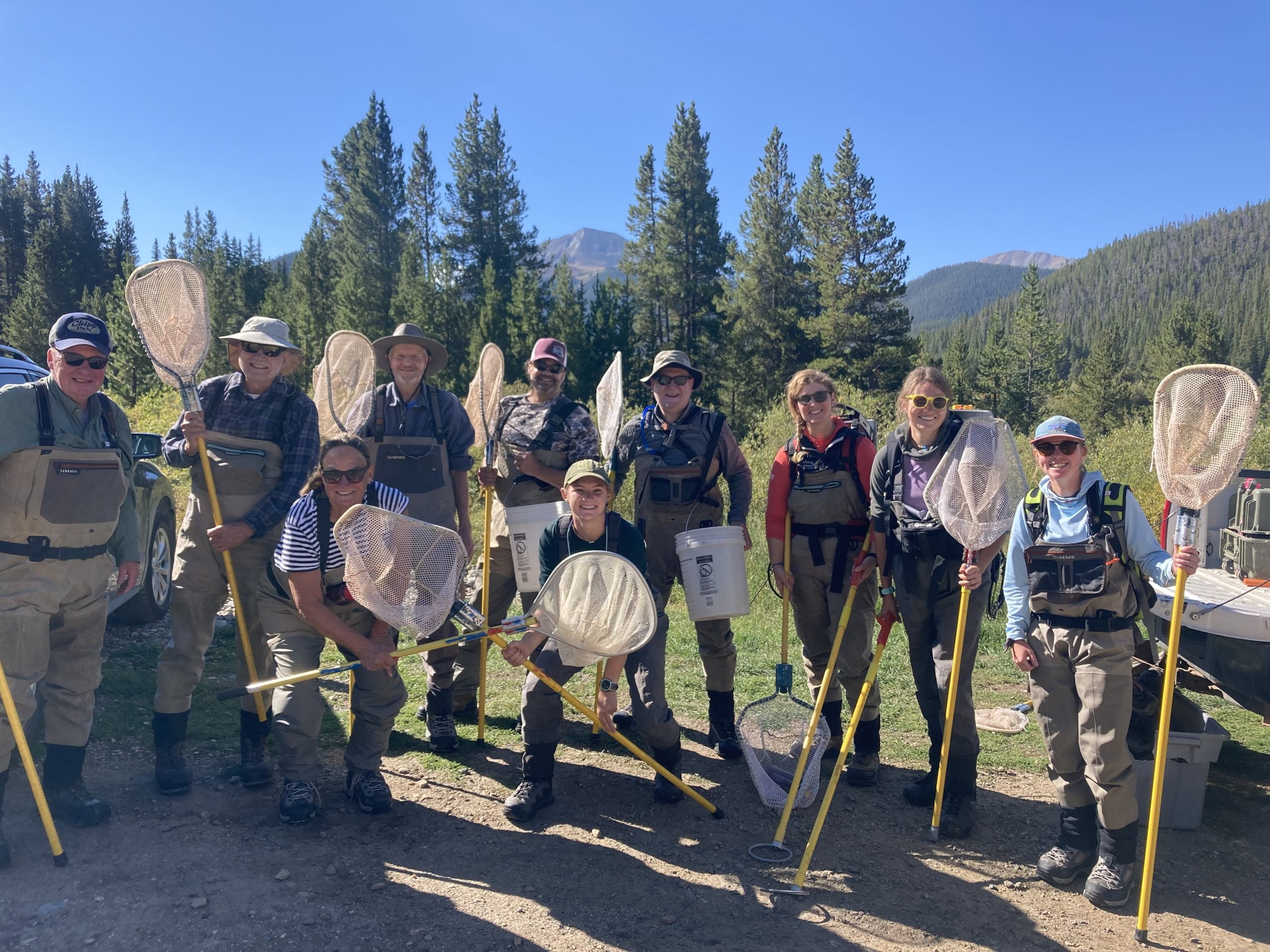 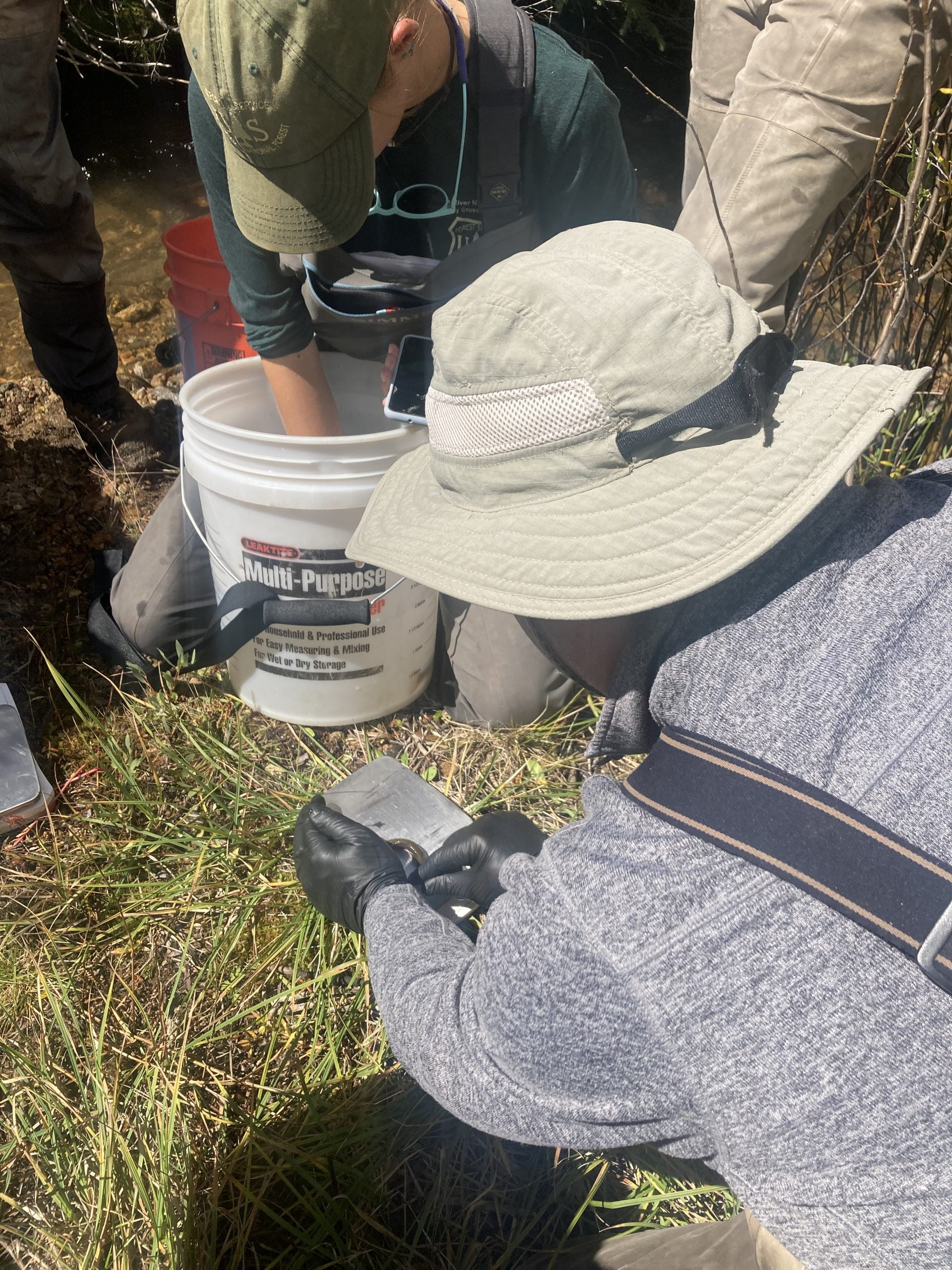 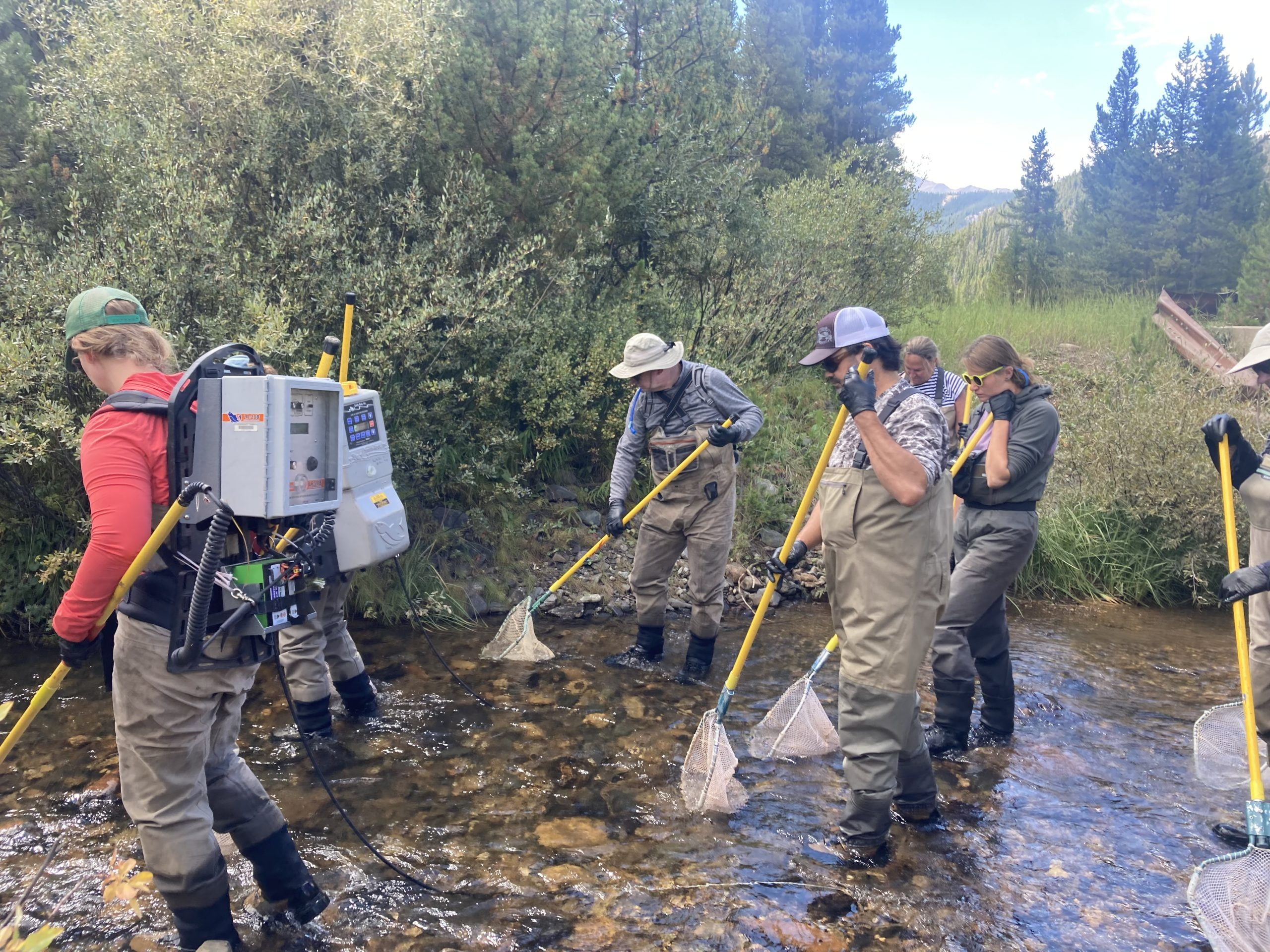